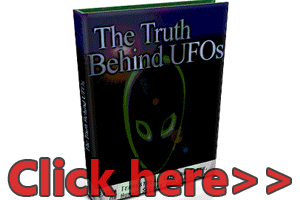 A Cigar-Shaped UFO Over the Town of Indiana 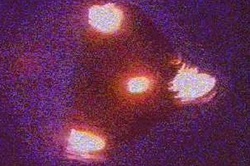 A woman from Illinois claims to have witnessed a “skinny, cigar-shaped object”  when she and her husband, who was driving, travelled west along Route 150 in Bloomington on September 16, 2012 around 10:40 a.m., according to the witness database of Mutual UFO Network (MUFON).

The woman and her husband said they are familiar with conventional aircrafts or any flying objects in their area for 30 years but what they witnessed on the 16th of September was different when they were on their way home.

The woman witness stated that they were on their way home going towards west on Route 150 when she took a brief look at the clock; it was 10:38 a.m. After about 2 minutes, she saw a flying object with no wing.

She said that she wondered why the flying object had no wing, so skinny and reflective. She then noticed they were nearly parallel to the UFO but she still did not see the wing because it was just blending with side of the aircraft’s body.

At this moment the woman was able to get a better look at the UFO.

She noticed that from top to back of the UFO was very brilliant, reflective silver and the bottom all the way to the front of the object was black. She explained that the colors were somewhat made from different materials.  She noticed these things because she was looking for the wing.

The witness also observed that the UFO was not moving and only hovering.

She said that it was not moving and they started to pull ahead of the object, which was unusual for her. She started to wonder at this point on what she was seeing.

The witness said that she talked to her husband for a short time but when she looked back to the object, it was already gone.

She stated that she turned her head to her husband for a second and turned back immediately to the object but it was totally gone. No trail whatsoever. She tried to look up through sun roof, take off her seatbelt and turn to the back and rear windows but the UFO was nowhere to be found.